Updating The Carburetor On Your Vehicle For More Performance

Cars and trucks that use carburetors to manage the fuel-air mix in the engine are becoming rare, but they are still found in older vehicles or purpose-built performance vehicles. In either case, if the vehicle needs a new carburetor, upgrading to a performance carburetor can offer more power, better economy, and a better engine overall.

For enthusiasts restoring an older performance car, updates or upgrades to the engine are common. Many restorers will rebuild the engines and use newer parts to increase the power output of the engine. A new performance carburetor is often used to help manage the fuel mix going into the engine.

The fuel-air ratio is critical for the engine to run at its best, and a new carburetor is sometimes the best way to get the fuel-air mix dialed-in or adjusted perfectly for the engine you are working on. The OEM carburetors on many of these performance cars were hard to adjust and often required some special tools to get right. Still, a modern performance carburetor can be easier to work with, and the adjustment more precise.

One benefit of a newer carburetor for your older engine is a better balance of power and economy. While a performance engine is never going to be economical to the driver per se, the newer performance carburetor will use the fuel more efficiently and be an improvement over the stock carburetor. The mileage per gallon of fuel might increase a little, and the engine will run smoother with the new carburetor.

While fuel economy is nice to have, these cars are designed for performance, and a new carburetor often helps make more the vehicle perform better at every speed. Stock or factory carburetors often have flat spots or areas where the power falls off, as the RPMs of the engine increase, and a new performance carburetor that is adjusted properly can fix that problem. The engine will run smoother as a result.

Reliability of a New Carburetor

Older cars are sometimes not as reliable as newer fuel-injected ones. The older car with an OEM carburetor in it can sometimes be hard to start if it has been sitting. Putting a new carburetor on the car often fixes this because, while the carburetor functions the same way, the modern parts used in the carburetor are better and are designed to work under more adverse conditions.

Replacing the old carburetor on your performance car with a new one can often breathe new life into the engine and make the car much more fun to drive.

To learn more about performance series carburetors, contact a company in your area like Yearwood Performance Center. 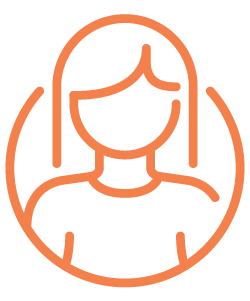 When buying parts for your car, do you choose OEM or aftermarket parts? Maybe you try to save some more cash by buying used parts. Regardless of your preferred approach, you need to know what you're looking at and how to make sure you buy parts that are going to last. From mufflers to shocks, we're here to offer advice about common and uncommon car parts. On this blog, you'll find articles about the parts needed for various repairs, tips for getting better deals on parts, and even ideas for storing your parts. If you're a car lover or just a driver, you're sure to learn something valuable.